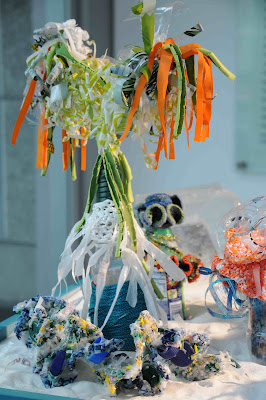 The Plastic Exploding Inevitable
an installation by Christine Wertheim

Opening: September 7, 5 p.m. to 8 p.m.
At 6:00 Christine Wertheim will talk and answer questions about the project

Coral reefs the world over are dying faster than rain forests. In homage to these vanishing wonders, Margaret and Christine Wertheim of the Institute For Figuring instigated a project to crochet a woolen reef, an effort that now engages women around the globe. This collective testimony also celebrates the strange hyperbolic geometry of the oceanic realm. As it has grown the reef has spawned, dividing and growing into multiple sub-reefs, each with its own unique ecology of corals, anemones, kelps and other sea life. 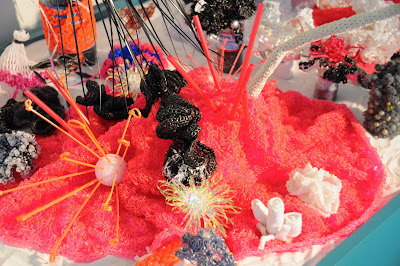 In September Right Window will be showing the Plastic Exploding Inevitable (PEI), a spawn of the Toxic Reef, aka Bikini Atoll, made from plastic bags and other refused and recycled materials. The most psychedelic of the Institute for Figuring reefs, the Plastic Exploding Inevitable features irradiant pink "sand," miniature white plastic spires, a grove of wine-glass trees, and a gorgeous reef panorama painted on a take-out box by Alicia Escott. In the decades since Warhol created his Exploding Plastic Inevitable, the multimedia component of the Silver Factory, the words he strung together have taken on a more sinister edge, and Wertheim’s installation helps us parse this new reality. In the North Pacific, for example, there is a gyre of floating plastic debris roughly the size of Texas. 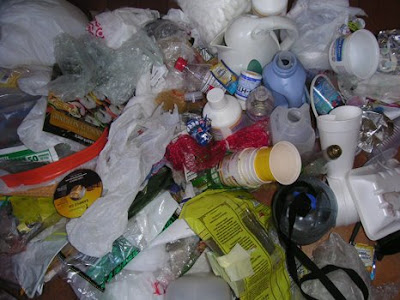 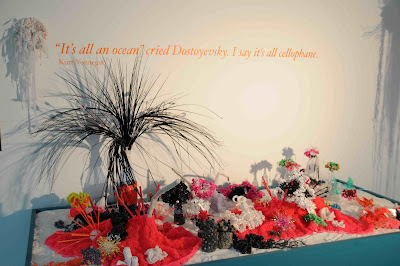 The Right Window at ATA is curated by Dodie Bellamy for the month of September, 2008.

When she is not crocheting reef items, Christine has a full-time job in the Department of Critical Studies at the California Institute of the Arts, where she teaches experimental writing and feminism. She is also an experimental poet and writer whose work deals with the intersection of language and logic. Christine's first book of poetry, +'Ime-S-pace, was published in 2007 by Les Figues Press, LA. 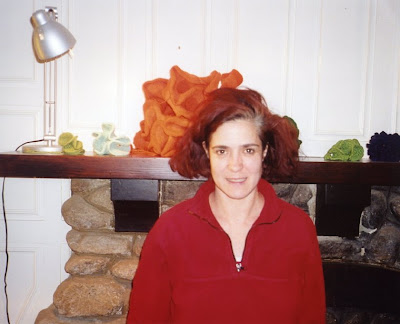