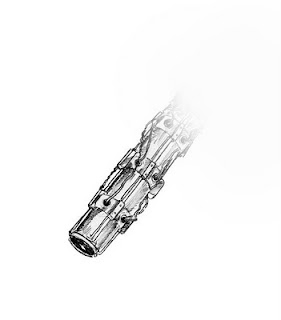 The exhibition takes its name and its imagery from the finale of Season 5 of the now-defunct ABC TV series Lost, which memorably ended with Juliet (spoilers ahead) grabbing the detonator to a nuclear bomb and crying out, “Come on, you son of a bitch,” while blowing up the whole world to a white screen. The episode, titled, “Fade to White,” will be playing on the ATA screen during the exhibition’s opening.

In response, LeDoux attempts, like a magician, to make a piece of art that will go away completely. Specifically he is creating a large watercolor designed to fade to white in the sun of Valencia Street over the course of his month-long residency. Will the painting completely disappear? Will a ghost remain? Only time will tell.

LeDoux was inspired not only by Lost, but by a previous exhibition at Right Window (Christine Wertheim: “The Plastic Exploding Inevitable,” September 2008) in which Alicia Escott’s delicate painting on a plastic takeout container lost color and definition over a month of bright San Francisco weather. In addition, this work addresses the impermanence of Tibetan sand paintings, created during hours of intensive labor, then swept away in an instant, by Buddhist monks. 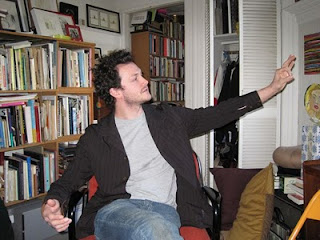