Right Window artist-in-residence Anne Colvin presents:
Meshes of The Afternoon, Ritual in Transfigured Time and The Very Eye of Night at ATA with an introduction from writer, critic, curator and educator Terri Cohn.

Maya Deren, the "Mother of the trance film", worked completely outside the commercial film industy and made her own inner experience the center of her films. 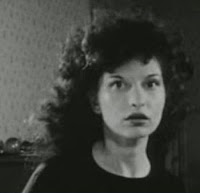 "From the early 1940's until her death in 1961, Maya Deren evoked and exemplified the American avant-garde movement virtually by herself. Her first film, Meshes of the Afternoon, set the tone for the decade and linked the movement to the older European avant-garde films of Cocteau and Bunuel" - Cecile Starr, The New York Times.
Posted by Right Window at 9:35:00 AM No comments: