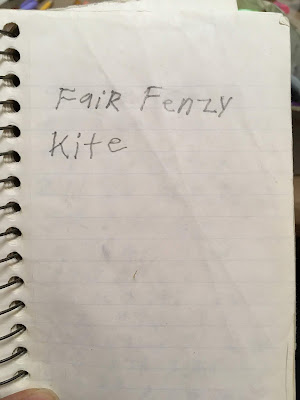 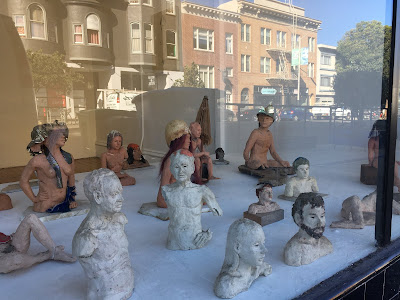 Joanie has the frugality of a gleaner, she's like a magpie. It's the first thing that comes to mind: Joanie is a scavenger. I think what many would consider junk or trash she is able to use in startling ways. I chose the word "use" but it could just as well be "transform" or "transcend". How do we choose what leaves the role something used to be and enters into the space of art?

Hector the Collector  Collected bits of string, Collected dolls with broken heads  And rusty bells that would not ring.  Pieces out of picture puzzles, Bent-up nails and ice-cream sticks,  Twists of wires, worn-out tires,  Paper bags and broken bricks.  Old chipped vases, half shoelaces,  Gatlin' guns that wouldn't shoot,  Leaky boats that wouldn't float  And stopped-up horns that wouldn't toot. Butter knives that had no handles,  Copper keys that fit no locks,  Rings that were too small for fingers,  Dried-up leaves and patched-up socks.  Worn-out belts that had no buckles,  'Lectric trains that had no tracks,  Airplane models, broken bottles,  Three-legged chairs and cups with cracks.  Hector the Collector Loved these things with all his soul,  Loved them more then shining diamonds,  Loved them more then glistenin' gold.  Hector called to all the people, "Come and share my treasure trunk!"  And all the silly sightless people Came and looked ... and called it junk.